Thomas in the Garden & New Train Playset debut on Sept. 9 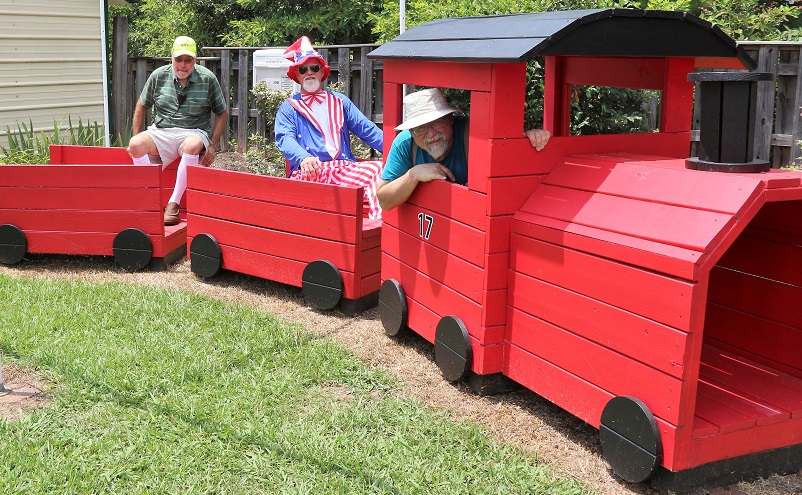 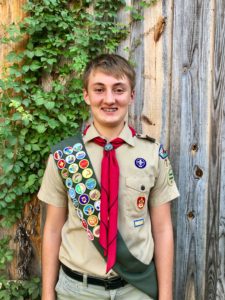 Visitors to New Hope Valley Railway (NHVR) on Sunday, Sept. 9, 2018, can take a ride on passenger cars pulled by a real locomotive and watch model trains operate on the Garden Railroad (G Scale).

During the tourist railroad’s Thomas in the Garden event, attendees will also see its newest addition–a wooden climb-aboard train playset built as an Eagle Scout project by a young railfan who visited NHVR as a child.

Joshua Johnston, a 15-year-old Holly Springs High School student, worked more than 200 hours with roughly 20 volunteers that he directed to build the child-size model train. Johnston is a member of Boy Scout Troop 731 of the Black River District in the Occoneechee Council.

“My love for trains started when I turned two and my aunts gave me some Thomas and Friends™ videos which included the wooden trains,” said Johnston. “It’s my hope that the playset will entertain and inspire other young railfans during their visit to NHVR’s rail yard.”

The wooden train consists of three separate pieces –- an engine and two train cars. The engine and back car were designed for children to climb and pass through, and the middle car has two benches for sitting. Most of the train pieces were built and painted offsite, while the playset’s final assembly and touchups were done in the rail yard.

These model trains are on loan from garden railfan and North Carolina Garden Railroad Society member Joe Austin. They typically operate on 150-feet of track he and his wife built in their Apex backyard but will be joining NHVR’s larger collection of miniatures for the day.

NHVR, an operating division of the North Carolina Railway Museum, is in Bonsal, N.C., 30 minutes from Raleigh off Old U.S. 1 South on the Wake-Chatham county line. Purchase tickets online at TriangleTrain.com.

Upcoming events at the rail yard include Brew ‘n’ Choo Pizza Party on August 25, Beer, BBQ & Choo Choo on September 29, Track or Treat: Halloween Express on October 13, 20 and 17, and Santa’s Reindeer Roundup Express on December 1, 2, 8, 9 and 15. The full 2018 ride schedule is at TriangleTrain.com/schedule.